Just when you thought that we’ve given up on our website, we’re back, yet again, for a sporadic update to our lives. Nothing really happens with us unless it involves Athena anyway.

Our girl just turned 3 on November 22. Since we were traveling (we literally took the red-eye on her birthday) around Thanksgiving, we decided to give ourselves a little time after we returned to plan her party. This is the first toddler party that we have ever hosted. We didn’t want to hype it up around Athena, because we knew that she would be a bear to handle closer and closer to the date; however, when all of her friends started showing up, she was like a tiny tornado.

One of her friends from the Little Gym was the first to arrive. I’m glad Athena and Marta got some one on one time together, because Marta is pretty shy. Athena spent the the first 15 minutes of the party entertaining Marta with her silly 3D glasses and gestures as I was madly racing against time to put out all of the food and drinks. 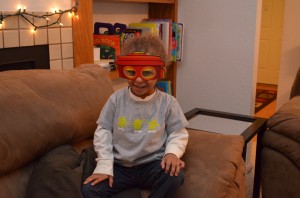 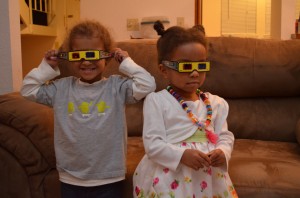 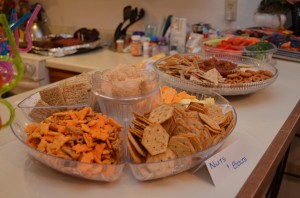 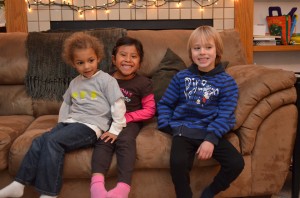 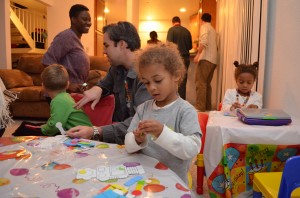 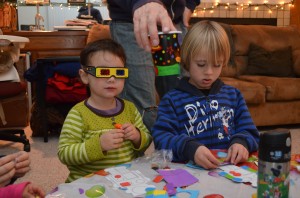 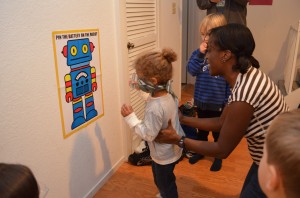 Pin the battery on the robot! 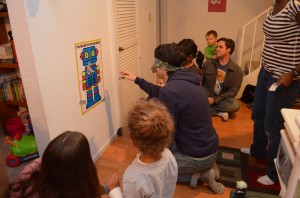 Not just for the kids! 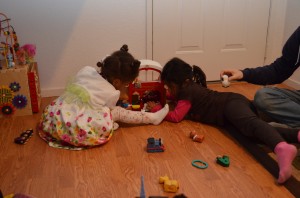 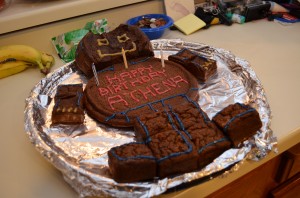 Robot birthday cake made from scratch!

Apparently, Athena only likes blowing out the birthday cake when it is inappropriate.  I had to trick her into “helping me”  blow out her own cake. 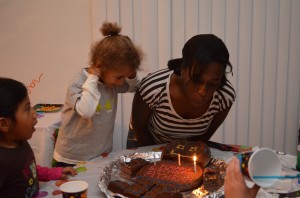 Blowing out the candles

I think Athena bit into every single piece of robot leg, leaving none for our guests.  Note the blue gel on her face.  She looks like she is having a blue nosebleed.  Also, note the sprinkles.  This picture was taken after I had removed many sprinkles from her plate after she had purposefully dumped the whole bottle on her muffins.  I know, I know.  It’s her birthday party, but we had to have some sprinkles left for the next activity which was robot cookie decorating. 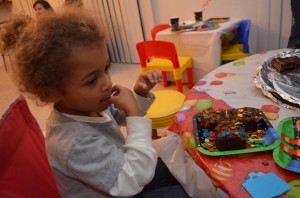 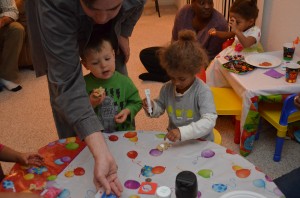 We finished the party with robot cookie decorating.  It was a great party.  I’m glad we decided to go this route instead of doing something outside of the home.  It was a lot of work, but it was totally worth it to see my Athena so lit up and happy over having a whole bunch of friends over during her robot party.

Now I can take a short break and breath.   I have to prepare myself for the mad dash of Christmas shopping.  Wish me luck.