Once again, we are about 2 months late with this post.  Most of you have seen pictures from our trip to Boston, DC, and Dayton, but if you didn’t and  are wondering how the trips went, here’s a post for you.  Warning:  There are lots of pictures at the end.  Sorry if it takes a while to load.  I also apologize for the formatting of the pictures.  We’re still getting used to this new picasa plug-in.

In late September, Jason headed off to St. Louis in order to give a talk at the National Association for Government Webmasters Conference or NAGW (and, yes, they do pronounce it “Nag-Wa”). He had been preparing for this conference for months.  Jason had great reviews on his talk about  fighting site abuse with webmaster tools. I was happy that he was able to give this important talk that he had been preparing for months, but I was pretty bummed due to the fact that he would be gone for our fifth anniversary.  We don’t usually do anything too huge for our anniversary, but I was still down.  Fortunately he did manage to take me to go see Scott Pilgrim in the middle of the day a few days before he had to leave.  It was so good that we saw it a second time that weekend.

Back to the whirlwind trip, when Jason was finished in St. Louis, the plan was for him to fly to Boston and meet us there.  I had an otolaryngology conference (American Academy of Otolaryngology-Head & Neck Surgery Foundation Annual Meeting) to attend.  We figured we’d hit two birds with one stone and visit Jason’s brother and fiancee Laura while we were out there.  I was pretty terrified to fly alone with Athena.  She usually does really well on flights, but that’s with the two of us keeping her occupied.  I don’t know why I was so worried.  She did fine as always.  It was a pretty exhausting flight, though.  Entertaining a 22-month old for 5.5 hours in an enclosed space is pretty tiring.  She kept on wanting to climb in the lap of the guy that was sitting by me.  He ended up moving when we went to the bathroom.  I think he waited until we were gone in order to not hurt my feelings.  I told him he could move at any time, though.

Saturday night Athena and I arrived at Boston airport to be greeted by Jason since he decided to fly in an hour before me.  I kept on telling Athena that when the plane stopped, we were going to see Daddy.  When the plane came to a stop (by the hanger), she proceeded to yell out the window, “Da-Da! Da-Da!”  I thought that was pretty cute.

I can’t really give you a detailed account of what happened in Boston since I was at the conference from Sunday-Wednesday, but I can provide pictures of the good times had by Jason, Laura, Ryan, and Athena. 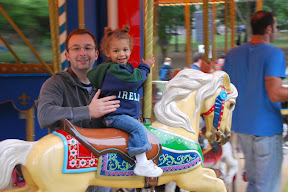 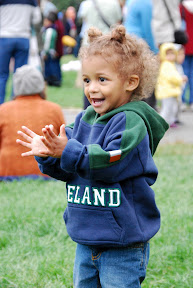 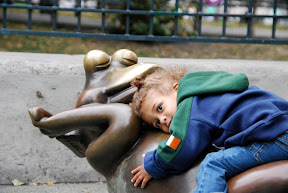 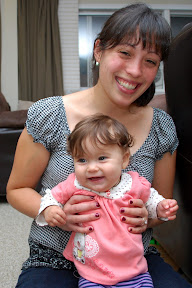 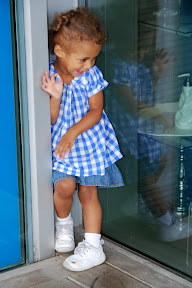 Right after the conference on Wednesday, we took the Acella Express (train) from Boston to DC.  Let me just tell you this.  If we had the option of taking a train instead of flying anywhere, we definitely would.  This train ride was so nice and smooth.  No baggage check, no security lines, deluxe seats with more than enough leg room, freedom to walk the aisle of the train whenever you please?  What more can a person want?  With the time that it takes for us to drive to the airport, drop off our car, check our bags, obtain an infant pass for Athena, walk through security, and then finally take our flight and obtain our bags again, it almost takes the same amount of time traveling by train (from Boston to DC).

Back to our travel saga…

We arrived in DC at night to be greeted by my step-dad Bob.  We told my mom to stay home because we just had too many things to fit into the car.  Traveling for one week with a small child now is like packing for 1 month.  We decided to go to DC in order to drop Athena off with my parents while we flew to Tracy and Michele’s wedding in Dayton, OH.  I know.  Craziness.

My mom and Bob treated us to a post-anniversary dinner date at Maggiano’s while they watched Athena the next day.  It was great.  I even had wine and dessert with my relaxing dinner like an actual person instead of shoveling as much food in my mouth before anyone starts to throw a tantrum.

Athena did great while she was with my parents.  They definitely received the whole Athena effect with the constant activity, struggling to feed her,  and a certain incident involving 2 tubs, one bath session, and lots of poop. 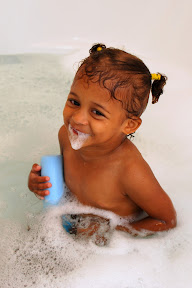 The next day, Jason and I flew to Dayton for Tracy and Michele’s wedding.  We went to college with Tracy and we have adopted Michele as our friend due to her true awesomeness.  It was kind of a mini OWU college reunion…missing a few key players.  You know who you are.  It was great seeing everyone after so long.  It made us start seriously considering going to our ten year reunion next year.

Here are some pictures from the party the night before and the wedding.  We were pleasantly surprised with finding out that our college chaplain Jon Powers was going to do the ceremony.  He married Jason and I, too! 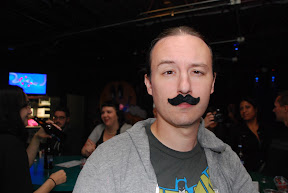 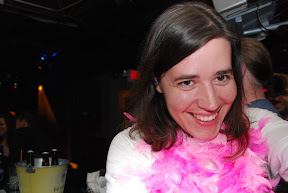 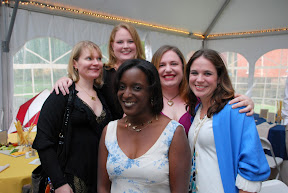 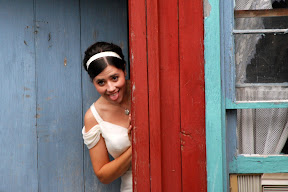 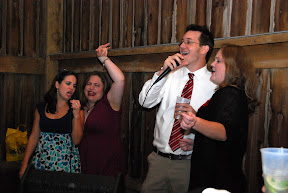 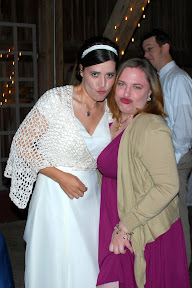 The next day, Jason and I proceeded to fly to DC, pick up Athena, and then fly back to San Francisco (to return back to work the next day).  It was a crazy, long day.  She did well on the flight again.  We didn’t fully recover from all of the traveling until about two weeks later.  It was a great trip, but it was pretty ambitious of us getting all of this done within one week.

We will be going to DC for Thanksgiving and Cleveland for Christmas.  Athena will have her own seat for these flights since she will be two by then.  Those will be our next big adventures.  We’re juggling the idea of taking a red eye flight with Athena to cut down on cost in December.  Has anyone taken a red eye flight with a young child before?  Any advice?